Now signing at your local Subway… 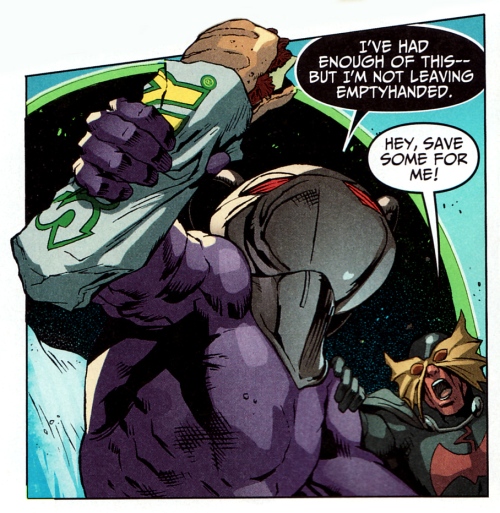 I keep stumbling across mention of the Justice League/NFL Subway sandwich team-up story I wrote earlier this year (which I titled with the clever double entendre, “Sacked”). When I wrote it, I wasn’t aware they’d be stapling it into a few hundred thousand DC Comics, so the response (hell, any response) took me by surprise. Honestly, I didn’t think anyone would read the thing outside the doors of a Subway restaurant. (Although it did feature some nifty art from Sergio Sandoval)

The day the insert first appeared, people started directing me to Rich Johnston’s “review” at Bleeding Cool, and it continued from there.

But, for the most part, I’ve enjoyed the ribbing and reviews. People seemed to understand what it was (aside from the usual quotient of cynical, humorless net dwellers), and it’s resulted in some of the more entertaining reviews I’ve received. To whit:

iFanboy’s Best of the Week in Panels

There was also an agonizing five minute YouTube review from a dude named Black Manta that I’ll spare you from.

One response to “Now signing at your local Subway…”