O-Con (in Omaha) and something this summer…

Jeremy Haun and I will be repping Bad Karma in Omaha Friday through Sunday at O-Con:

Seth Peck may be joining us Saturday and Sunday. Drop in and give us love.

I’m currently developing new books for a couple of publishers (both of which I’m extremely excited about), as well as working on HAWAIIAN DICK things, and those projects will spool out over the next year or so. But in the meantime…

Looks like this will be out in August. Big, fat hardcover that contains the issue of BLOODSHOT I wrote (my name’s on the cover, so I hope it’s in there): 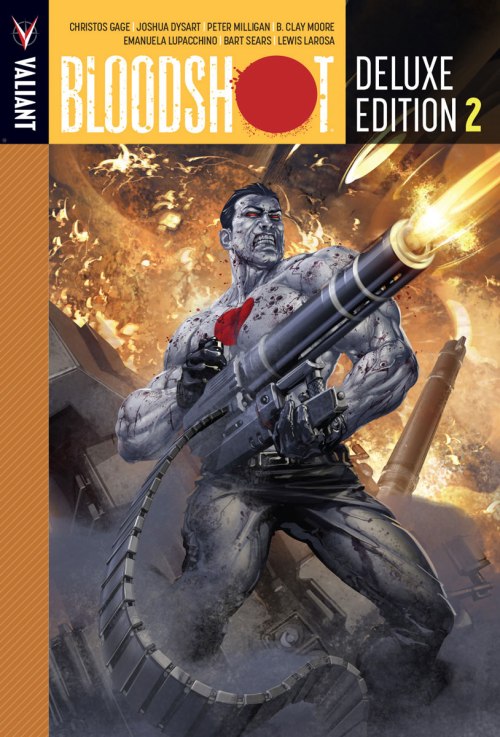 Out of the ashes of Harbinger Wars, Bloodshot is about to join the weaponized men and women of the Harbinger Active Resistance Division – the black budget, technologically augmented strike force where the powers are dangerously unstable and every mission is a one-way ticket into the meat grinder. With a reluctant leader calling the shots and a new crop of untested rookies manning the frontline, Bloodshot is about to take H.A.R.D. Corps on a brutal, globe-spanning cavalcade of missions against the Harbinger Foundation, Project Rising Spirit’s own rogue operators, and the conspiracy-smashing duo of Archer & Armstrong. Get ready for a gasoline-drenched, synapse-snapping suicide run where no one is safe and heroes always die trying!

Acclaimed writers Christos Gage, Joshua Dysart, and Peter Milligan join an all-star cast of artists – including Emanuel Lupacchino, Howard Chaykin, Bart Sears, Lewis LaRosa, and more – here for the explosive final act of Bloodshot’s smash-hit ongoing series, re-presented in its entirety for the first time ever in a prestige-sized hardcover format and packed with 20+ pages of rarely seen bonus materials and special features!