The Year in Music!

Albums that turned me on in 2011. This, as usual, turned out to be way harder than I thought. In fact, I ended up paring it down quite a bit to give more space to some things that I think have been overlooked or underrated (like Cults…I dropped Cults because everyone seems to be into Cults). Yeah, this list is still huge, but I spend a lot of time listening to new music, especially when I’m working. And Spotify has been a great help there this year…

So, 2011 was heavy on pretty and lo-fi, I think. I’m sure my list looks a little wispy to some people, but what can I say? That’s what got into my head this year. Wisps.

Here are a bunch of discs that I found myself giving a close listen to more than once, and enjoying the experience: 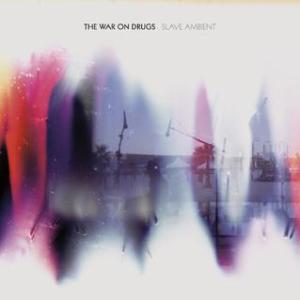 The War on Drugs: Slave Ambient

I almost cut this one because I see it on a lot of “best of 2011” lists. But it’s really good. Evocative is a good word? Kind of like a solo road trip soundtrack for your head (which describes a lot of shit I like, I guess). Poke around. Check it out.

The Caretaker: An Empty Bliss Beyond This World

This disc is almost literally the sound of warped 78 records playing on a hissing Victrola with slight production. Inspired, I guess, by Alzheimer’s as much as anything. Anyway, it’s a very haunting collage. 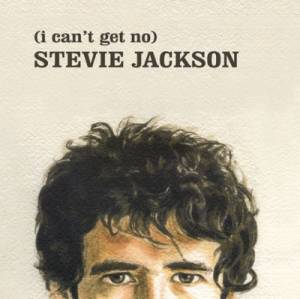 Stevie Jackson: I Can’t Get No

Solo debut by Belle & Sebastian guitarist/occasional singer/songwriter Stevie Jackson. I love B&S, and have loved most of Stevie’s stuff.  This is no exception. Stevie’s kind of a slave to his sixties inspirations, but his inspirations are broad, so he’s usually engaging. 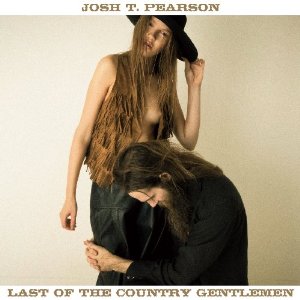 The title is accurate. Some of the black Americans included are Otis Redding (“Day Tripper”), Aretha Franklin (“Let it Be”), Al Green (“I Want to Hold Your Hand”), Billy Preston (“Blackbird”), and Chubby Checker (“Back in the USSR”). It is a fantastic collection, and more proof that Lennon & McCartney might have been pretty decent songwriters. 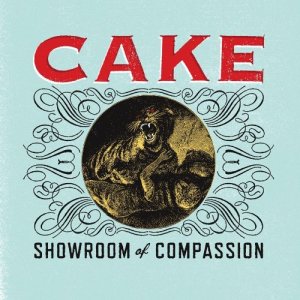 I’ve never been a HUGE Cake fan, but I think this is clearly their best album. And it’s not so snarky and clever as their earlier stuff. I like it. So I listed it.

It’s really pretty. I mean, the opening track kicks in with an oboe right off the bat. I think it’s an oboe, anyway. This disc should be getting more year-end love.

J. Mascis: Several Shades of Why

I dig J. Mascis at full blast, and I dig acoustic sounds. So a J. Mascis acoustic disc is an easy sell.

Amor de Dias: Street of the Love of Days

Oh, man. How to describe this record? Well, there’s a song called “America!” on it. Callahan (formerly of Smog) kind of half-sings, half-speaks some relatively strident tunes about America from the perspective of…an outsider, I guess? Anyway, it’s a really interesting listen, especially if you pay attention. 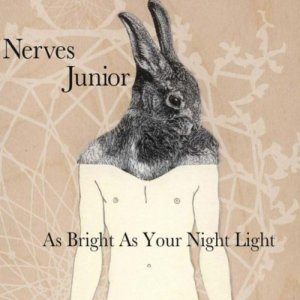 Nerves Junior: As Bright As Your Night Light

I don’t really know how to describe this one, but I have a feeling it will be hailed as an overlooked classic somewhere down the line. 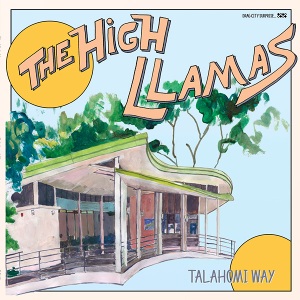 If you know the Llamas, you know what you get when you listen to them. Sunny, Beach Boys inspired melodies with light electronica mixed in. This is the same, but I think it’s as strong as ever. Always up my alley. They exist in some sun-kissed, timeless neverland. And that’s okay with me.

If the cover art to this record resonates with you (The Smiths? Sarah Records? Belle and Sebastian?), then you’ll probably like it. 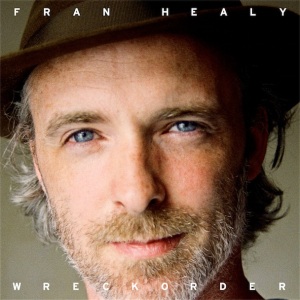 My pal Chuck BB recommended this one to me. Awesome metal throwback band. But smart, too. And, yes. EVIL. (wink)

Girls is just a great band. Their last album was great. This one is great. They’re all over the map, but they can get into your head in a heartbeat.

As Hotel Lights, former Ben Folds’ drummer Darren Jessee (and pals) makes lovely melodies about girls. I don’t know who would get the reference, but he kinda reminds me of an American Stephen Duffy. 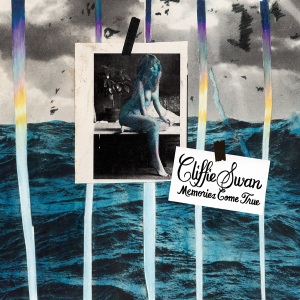 Mid-seventies Fleetwood Mac seems to be an influence here. If Olivia Newton-John was their lead singer. Okay, so what? That’s actually sort of awesome.

Vile was, to my mind, the lead figure in a sort of underground movement toward a certain sound that was all over the place in 2011. Lo-fi rock? But with actual tunes? I dunno. The new J. Mascis disc (which I also mention here) slides right in there, too.

This disc mines the seventies and the eighties, but with a distinctly British accent. There’s a little synth thrown in here and there, but it’s catchy and lyrically affecting. 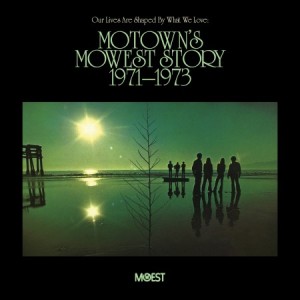 Our Lives Are Shaped By What We Love: Motown’s MoWest Story 1971-1973 (Various Artists)

If you’d told me there was a great Frankie Valli and the Four Seasons single I’d never heard, I’d have punched you in the arm with a disbelieving chuckle. If you’d told me it was released on a Motown label, I would have burned your house down with maniacal laughter. BUT THIS DISC KICKS OFF WITH JUST SUCH A THING! This is a fantastic collection of singles from a failed Motown experiment. Here…read this informative review if you think you might like it: http://www.allmusic.com/album/r2190063

Noah and the Whale: Last Night On Earth

I don’t really get why these guys aren’t indie darlings. This album is ridiculously catchy and pretty clever, but it seems to have slipped under everyone’s radar.

Noel Whips Liam right out of the gate. In a year stuffed with lo-fi and subtle, Noel just piles it on as thickly as he can. And that’s why I love the guy.

Charles Bradley: No Time For Dreaming 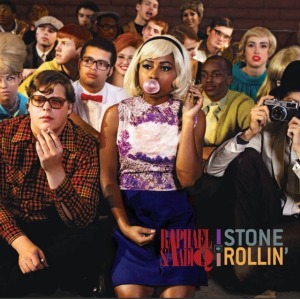 The above two albums sound exactly like you’d hope they sound based on their album covers. It’s so nice to have organic soul music back. 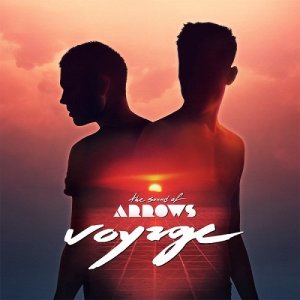 The Sound of Arrows: Voyage

Hey, it’s your band. Call it whatever you want, right? Starfucker does easy to sing along to, synthy songs that often build nicely into danceable mini-anthems. I think I like this album more than most people.

The Embassy: Life in the Trenches

Kind of like an updated Aztec Camera, with more electronics mixed in. Okay, I don’t think that makes any sense, but it’s what came to mind first. They’re Swedish, and this is actually a compilation of sorts, but it’s real good. 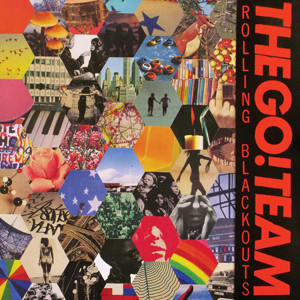 Not as good as their first (almost nothing is), but better than their last. A good sign.

Youth Lagoon: The Year of Hibernation

One of those albums I kept hearing about, but decided to resist, and then couldn’t. Bedroom pop by a guy who’s likely to emerge as an Important Figure in the bedroom pop scene. (I know, I know…I’m saying, you know, if there were such a thing…)

You’ll probably hate this. Unless the idea of a Julie Andrews/Doors mash-up turns you on. In which case we can share popcorn and listen together under the covers with our flashlights.

Noel Gallagher’s High-Flying Bird: “If I Had a Gun”

The Beastie Boys: “Make Some Noise:

The Embassy: “You Tend to Forget”

Metronomy: “Everything Goes My Way”

Check out my back-up feature. Tell DC how awesome it is. Tell your friends. Tell your mama. 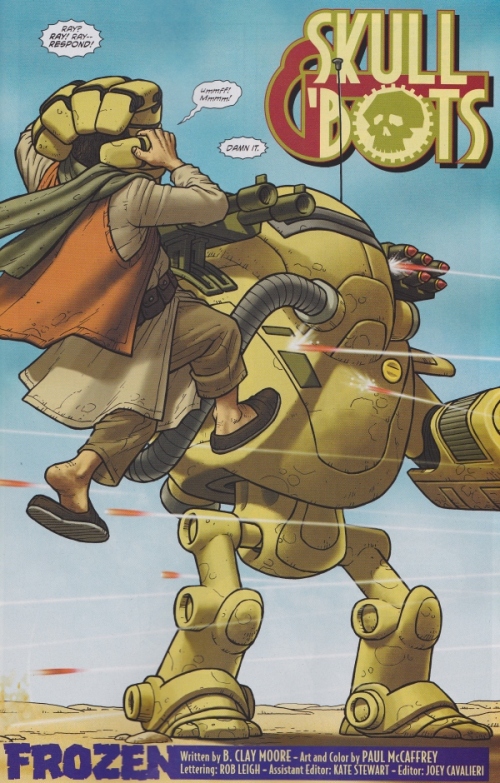