Late May fundraising: Digital downloads, trades and a sketchbook on eBay.

In order to help fund the summer months, which will include a couple of conventions and work toward some new books, I’m offering a few things for sale through the end of May.

First of all, downloads of the OLD DOG PDF continue: 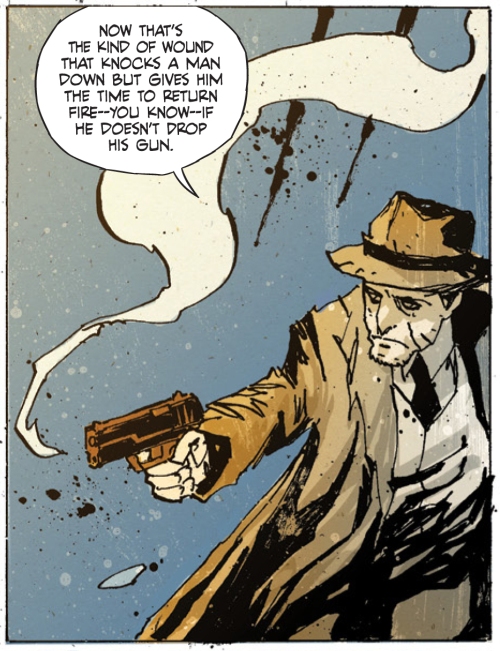 This is the stand alone OLD DOG story from BAD KARMA VOLUME ONE, along with the OLD DOG prose piece from the same book, in PDF, CBR and CBZ formats. Thirty pages. Artwork by Christopher Mitten. Cover image by Ben Templesmith. Illustrations by John Lucas and Tigh Walker.

And I’ll send you an email link to all three versions of the book.

You’re free to pay more, obviously. But .99 gets you the link. If you’ve already ordered the BAD KARMA hardcover or PDF, the link is free.

On top of that, I’ve got a new batch of trade paperbacks in, and I’m again offering both volumes of HAWAIIAN DICK (Byrd of Paradise and The Last Resort) as well as BATTLE HYMN, each for ten dollars. Same Paypal address as above (Catspaw1@aol.com) 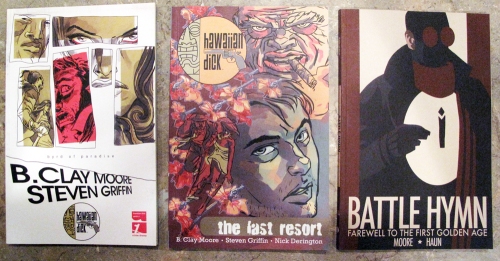 I also have copies of all six issues of JSA THE LIBERTY FILES: THE WHISTLING SKULL, which I’ll sell in complete autographed sets if you’re interested. Drop me a line for info: BClayMoore@gmail.com

I’ve also put one of my most prized possessions up on eBay. I genuinely (really, seriously)  hate to part with this, but am working to fund some new directions, and as a result a few things are going: 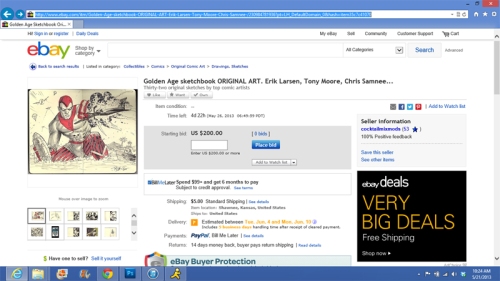