Fifteen years ago, the world’s most famous soccer star and his former supermodel wife –pregnant with their unborn child – disappeared without a trace. The world believes they are dead… But, in reality, their private jet crash-landed on a mysterious, unknown island ruled by prehistoric creatures from another time…

This is the story of how they lost their humanity. 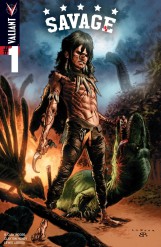 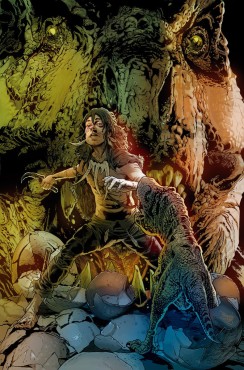 I’ll be joining the Valiant Comics crew in Baltimore at Baltimore Comic-Con from September 2-4.

I’ll be sitting in on the Future of Valiant Comics panel with the (quite terrific) Fred Van Lente at 1:30 on Saturday (prime time, kids!), and signing at the Valiant booth off and on.

So please come buy with your DICK or assorted BCM books and say hey.